PROUD to be a Tattooer: Notes on Tattooing and the LGBT Community 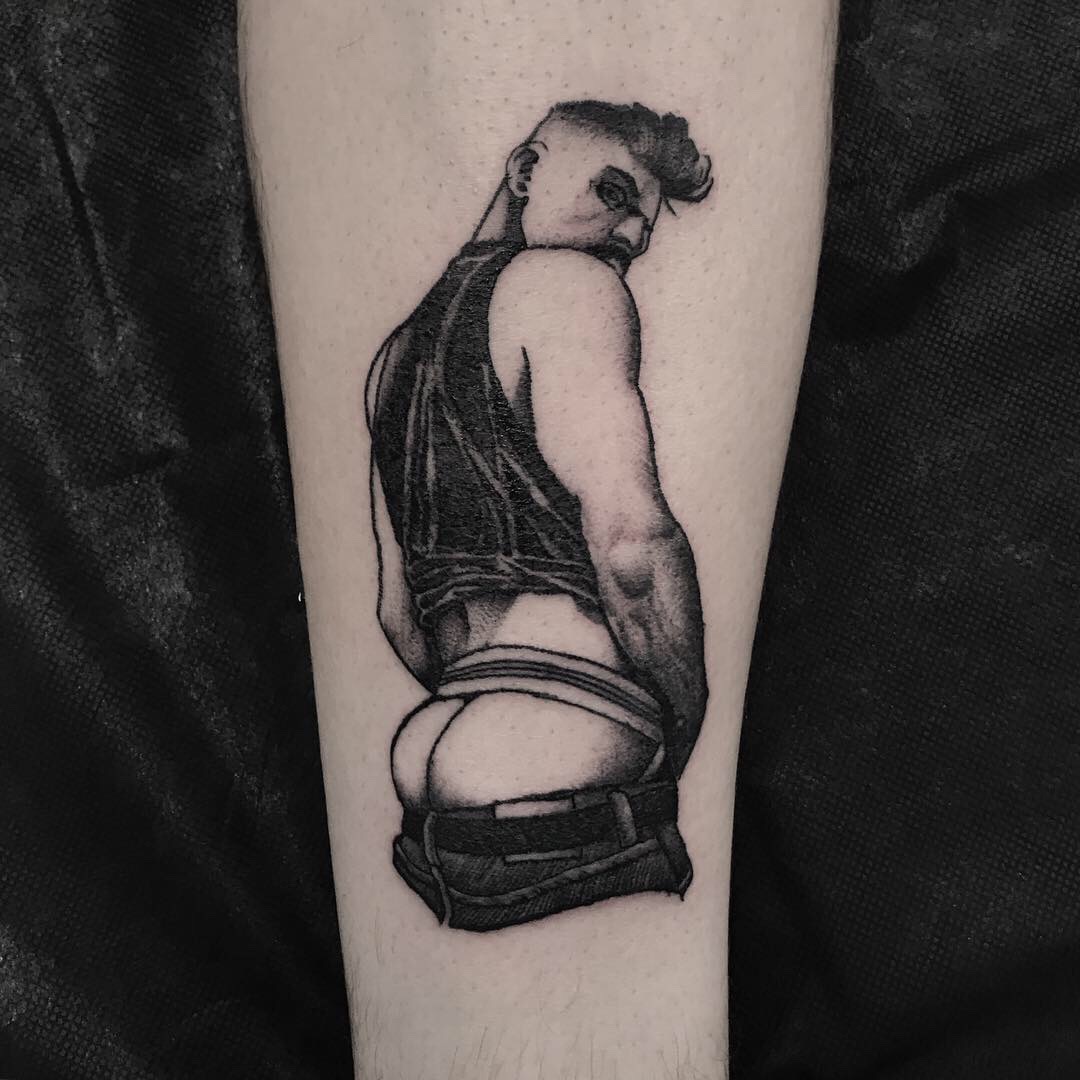 Self portrait tattoo. Laughing all the way to the bank

disclaimer: I am a cisgender white homosexual male tattooer. Because I can only write about what i know and can relate to authentically, this essay is heavy on information and opinions on gay men specifically. That should not suggest a favorable bias toward them over say, lesbians or bisexuals, there is just more information readily available. Thank you.

June is fast approaching and communities all over the world will be celebrating PRIDE. June is chosen to commemorate the Stonewall Riots, two days of violent protests between the NYPD and more than 1000 members of the LGBT community on June 28 and 29, 1969 in New York City’s West Village. The commotion was in response to a police raid at The Stonewall Inn, a gay bar that was frequently a target of police harassment of gay people. (They also have free popcorn, but I can’t imagine that’s what the cops were upset about.) The Stonewall Riots are almost unanimously agreed upon as the event the ignited the trajectory of the LGBT rights movement. Gay Americans (and from all over the world) have certainly come a long way toward equality with heterosexuals and cisgendered individuals in the past fifty years, and so too has another stigmatized subculture- tattooed people. 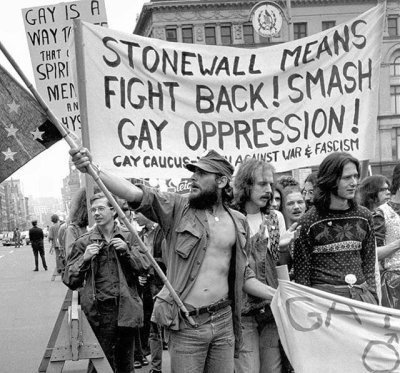 Protesters at The Stonewall Riots 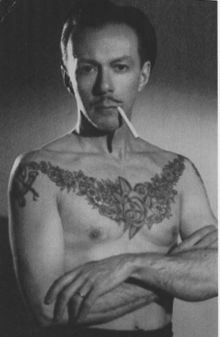 Obviously, both tattooing and homosexuality have (co)existed since man first started banging tools, but for this essay, I’m going to date the beginning July 23, 1909, the birthdate of Samuel Steward, who will go on to shape modern tattooing in ways few others have. (And have more wild gay sex than any one man should be lucky enough to have participated in.) #bigleoenergy Steward was many things during his long life. He taught English at many prestigious universities until becoming a tattoo artist full time in Chicago in the 1950s. His friends and mentors included iconic LGBT champions Gertrude Stein, Alfred Kinsey, and the artist Etienne. He kept secret journals and files detailing all of his sexual encounters, complete with coded language regarding specific sex acts, physical descriptions of his lovers, and even sometimes pubic hair taped on to the cards! (I was lucky enough to see these and much more at an exhibition honoring him at The Museum of Sex in NYC a few years back.) Some of the men listed on the cards were big names like Valentino and Rock Hudson. 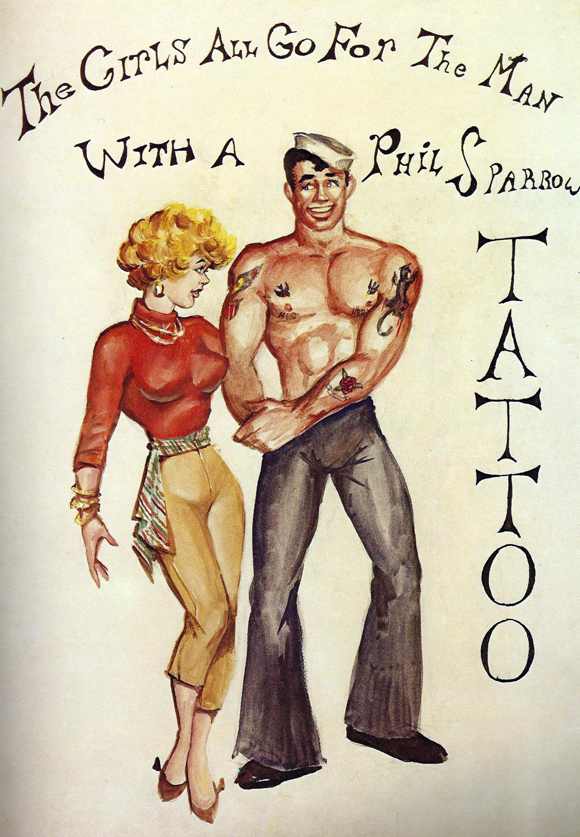 A promo card for Phil Sparrow As a tattooer, Steward used the pseudonym Phil Sparrow, and would go on to teach heavy hitters Don “Ed” Hardy and Cliff Raven (another pioneer of queer tattooing) to tattoo in his preferred style, a hybrid of traditional Americana and Japanese designs. (Sparrow himself was mentored by the legendary tattoo artist Armund Dietzel.)

Eventually, Sparrow would go on to be the official tattoo artist for San Francisco’s Hell’s Angels biker gang, while simultaneously building the San Francisco leather scene into what is remains today, and producing the pornography that came along with it. For more information, I highly recommended his book Bad Boys and Tough Tattoos, where he recalls such thoughts that gays don’t get tattooed because they are too vain to ‘ruin’ their bodies, and that the very nature of gay relationships is such that a queer would never be able to commit to something as permanent as a tattoo. He goes on to explain this reluctance came to a screeching halt upon the release of the 1954 Marlon Brando film “The Wild One”, which, according to him, single-handedly birthed the archetypal gay leather man. This, he continues, is when openly gay men started getting violent imagery such as panthers, skulls, and daggers. This eventually would culminate with leather daddies and tribal tattoos becoming near synonymous in the 1980s and 1990s. (In that book, he also shares a story of a stranger ejaculating on him while he was tattooing his penis. If I had a nickel...) Samuel Steward died at the age of 84 in Berkeley from pulmonary disease.

This in not to say that the tattoo industry was an especially welcoming place for homosexuals is the last half of the 20th Century. Like sex, gays will always find a way to get what they want, even if it’s dangerous or socially rejected. And we wanted tattoos. The seventies and eighties were all about exhibitionism in gay subcultures. With so much flaunting and showing off, onscreen or on the street, gay men decorated their bodies as means of adornment and rebellion.

Of course, not all connections between tattooing and homosexuality are positive. Straight people always found a way to degrade us. This was especially true during the AIDS crisis of the 1980s. In a 1986 op-ed in the New York Times, conservative author William F. Buckley Jr. proposed marking AIDS sufferers with tattoos, strongly inferring a pink triangle (the nazi concentration camp label reserved for gays, lesbians and transgendered people during the holocaust) be used as the designation. While, he does briefly acknowledge the fact HIV/AIDS can be transmitted by anyone, his contempt for homosexuals is especially plain. Here’s a sample: 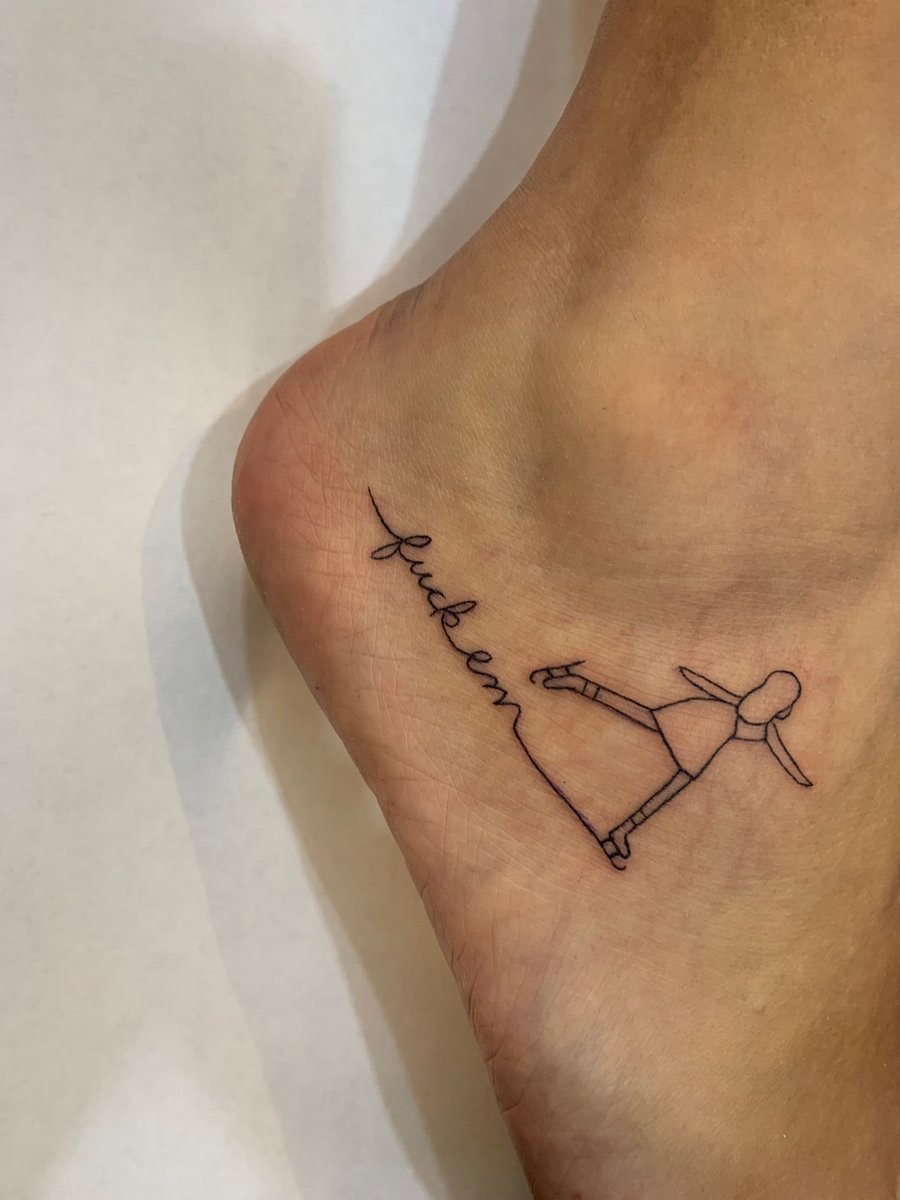 "Everyone detected with AIDS should be tattooed in the upper forearm, to protect common-needle users, and on the buttocks, to prevent the victimization of other homosexuals.” 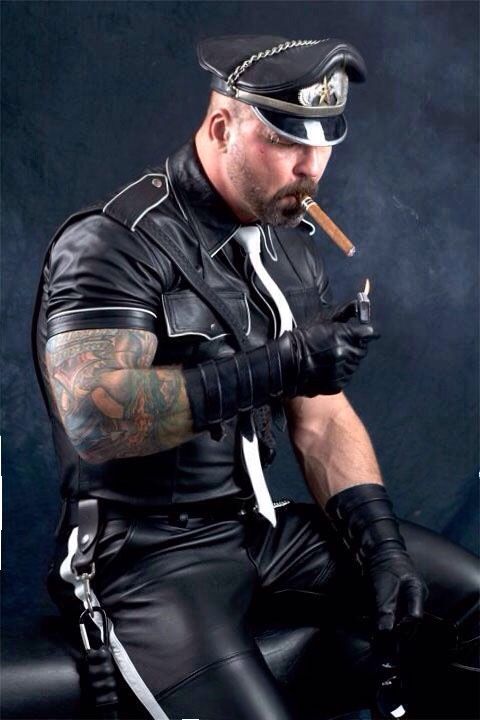 Clearly more should have been done earlier to combat the tragedy of the AIDS epidemic, but enforced labeling of a marginalized community is barbaric. What an asshole. In the 2000’s, tattooing went through a bit of a renaissance. Much of the stereotype that tattoos were for criminals and deviants was lifted, and a wave of art school kids, graffiti artists, women, LGBT, and people of color were able to learn the craft, either through formal apprenticeships or trial and error at home, using equipment that was, for the first time, available easily thanks (for better of for worse) to the internet.

As people saw tattooers turned into TV stars on Miami Ink and LA Ink, the public’s perception of what a tattooer looked like and what it meant to be a tattooed person began to change. No longer did tattooing look (quite as) white, male, and straight. Most of the queer and minority tattooers working today probably first became inspired to tattoo from seeing inclusive representation on these shows-even if some regard these shows as harmful to the “old guard” of tattooing. To which I say, quoting from a tattoo my best friend, lesbian tattoo artist Dre Li, of Dallas, recently put on Actress compatriots) steer tattooing in the next decade..

Today one need not look far to find authentic inclusivity in the tattoo world. Instagram accounts such as @queertattooers and @queerbodmodcompass curate and publish work from LGBTQIA+ artists around the world daily. (Myself included, thank you very much.) Entire tattoo shops are dedicated to serving clients in a space safe for queer people and anyone that has feared the stereotypical tattoo experience of being persecuted or stigmatized. I want to say that personally, I have never encountered a directly homophobic experience in a tattoo shop, but clearly it exists. I’m not saying that segregation is the answer, but some of these shops, including UNIV ERSE in Berlin and Valentine’s Tattoo in Seattle do beautiful work and are offering a truly safe and supportive environment for their clientele that maybe doesn’t feel comfortable unclothed, alone, and vulnerable in a busy street shop. I’m lucky to work with a crew of folks with diverse identities. I have always been welcomed as a tattooer based on my merits, and not my sexuality. That’s all equality is. As it says on Valentine’s website, “NO SEXIST, HOMOPHOBIC, RACIST, OR HATEFUL VIBES WILL BE TOLERATED.” Now, that just seems like common decency and good business to me. Rainbow money is still green. This concludes today’s history lesson. If you’ve stuck with me this far, I dare say you may have learned something or even enjoyed yourself. Diversity and representation will continue to grow in this business, thanks to pioneers like Phil Sparrow. The sky is the limit, and I look forward to seeing where my brothers and sisters (and gender non-conforming compatriots) steer tattooing in the next decade. 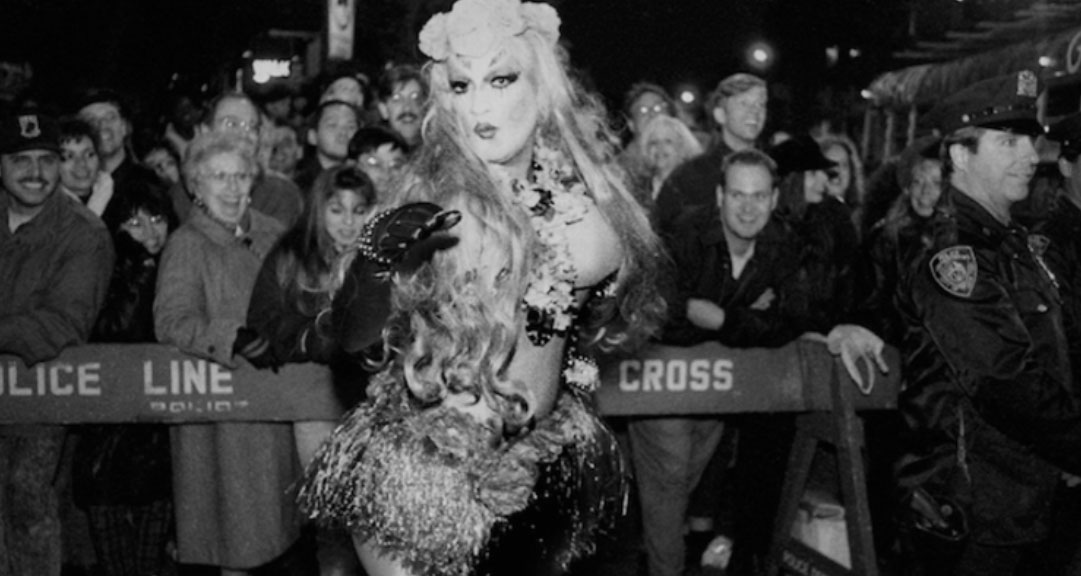 I’m just happy to be invited on the trip. Happy Pride everyone! 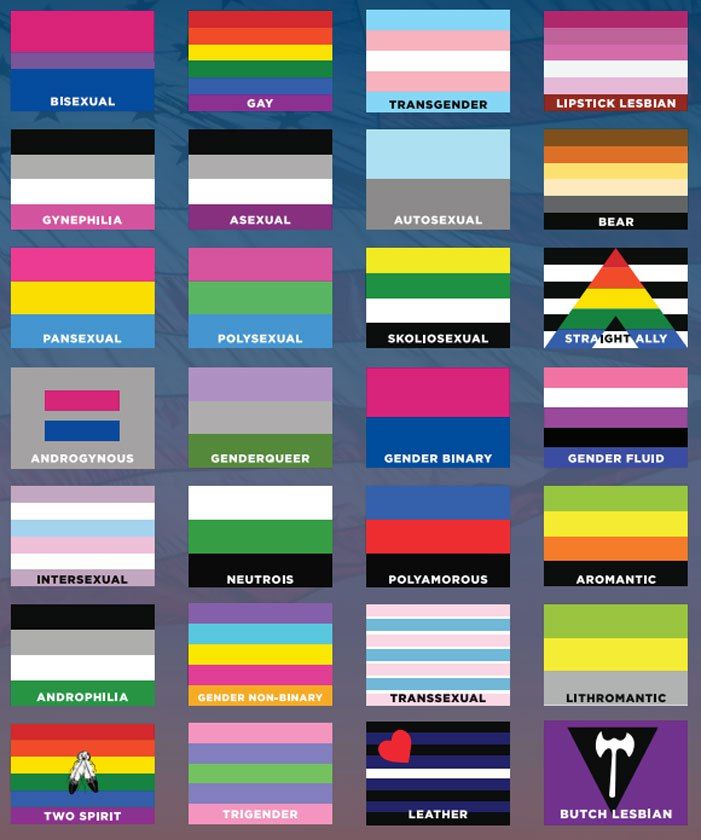 Obsidian LA Tattoo ranks among the top tattoo studios in the Silver Lake district of Los Angeles; we have a diverse group of artists with a wide range of unique tattoo styles. Our doors are open to anyone and everyone, and we can't wait to bring your vision to life.